A brief history : From Wages for Housework to Global Women’s Strike

In 1972, Selma James coined the word ‘unwaged’ to describe the reproductive caring work that women do; it entered the English language. (We later found it had once been used in the 19th century.)  WFH/GWS is the collective endeavour of the autonomous organisations formed since 1974 and their campaigns. Anti-racism, anti-discrimination, and the justice work we do for ourselves and with others are at the heart of our campaigning. 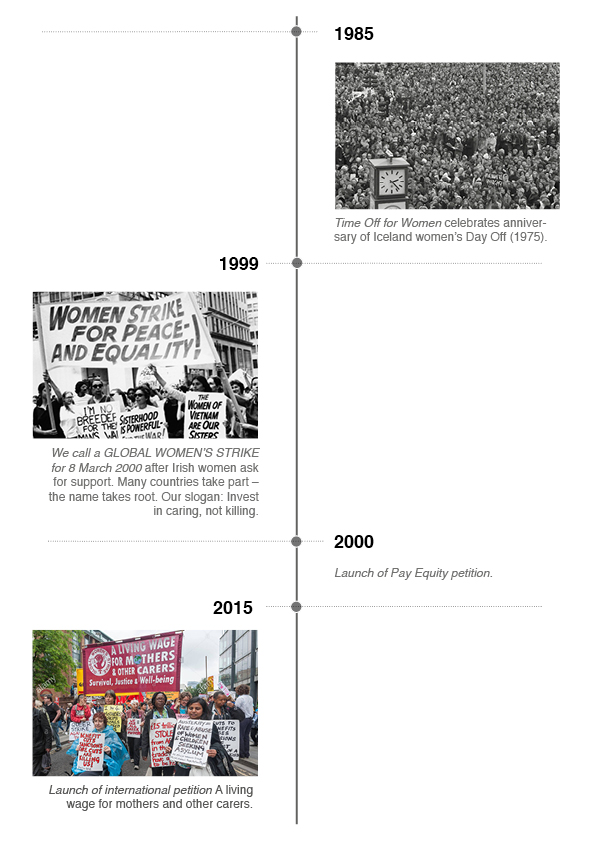 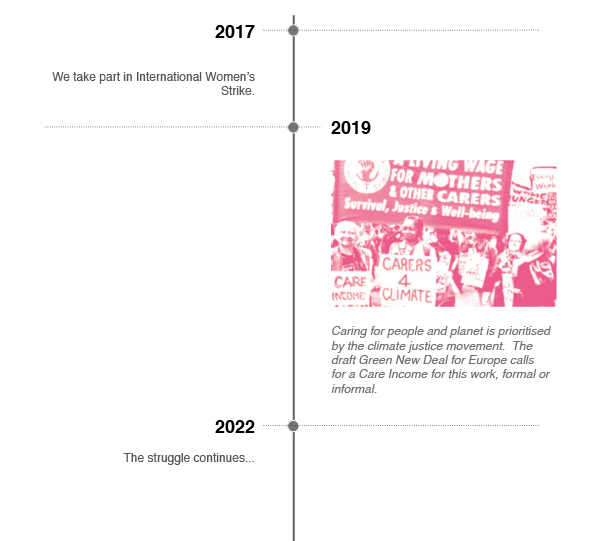