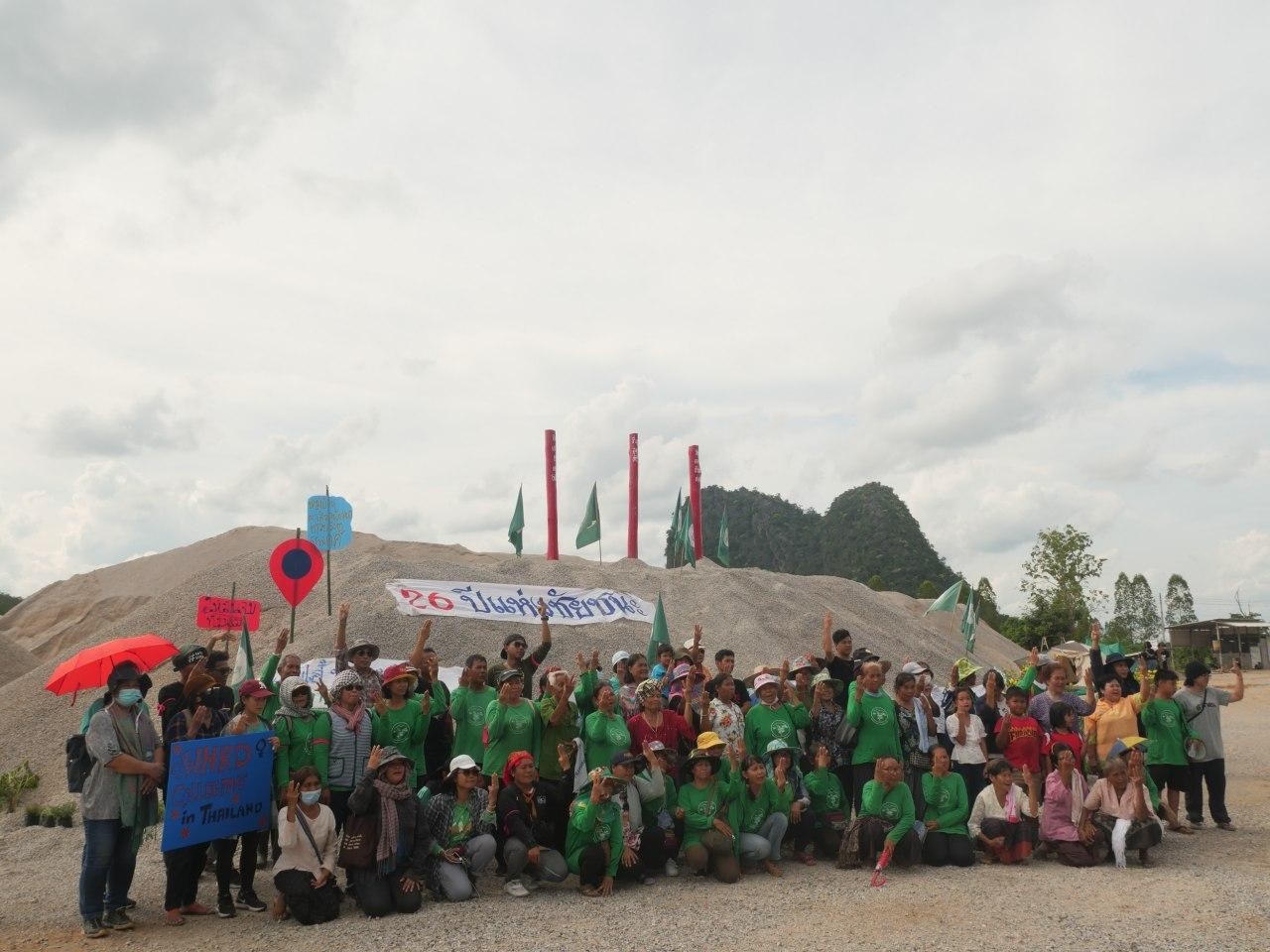 GWS Thailand, the Community Women Human Rights Defenders Collective in Thailand, is comprised of grassroots women currently representing nineteen different sectors who are defending family, community and the environment.  These sectors include indigenous women, migrant and refugee women, disabled women,  urban women from the slums, rural women farmers and women from the conflict zone in the Deep South. Sex workers, garment workers, and those fighting against destruction of natural resources and the environment. They work to protect life, livelihoods and the natural world. The Collective demands a Care Income, and an end to poverty, inequality and State oppression in all forms.

Women and mothers of South Peasants Federation Thailand have said what a Care Income would mean to them as people who care for the family, the community, and the land:

A Care Income would mean:

On the occasion of International Women Human Rights Defenders Day we, Community WHRDs Collective in Thailand gather to restate and amplify our demands first submitted to three Parliamentary Committees to mark International WHRD Day, 21 November 2019.
We re-affirm that the 2017 Constitution is not fit for purpose and must be replaced. It must be replaced by a Constitution created with the full participation of the People to result in a real democracy. A People’s Constitution that is based on principles of human rights will ensure a strong justice system and the development of fair laws.
Caring is the basis of humanity. It is a relationship, and the work of caring, for children, family community and the natural world is vital work. Care work in the home is overwhelmingly done by mothers and women unwaged and unrecognized. The government must stop shirking their responsibility by relying on women as a proxy welfare system that costs them nothing.
We demand that the government provide a Care Income as wages for mothers and all carers for the security and quality of life of all people in society. This Care Income maybe paid in cash, housing, land or other means.
Since the 2014 coup, the allocation of the national budget has not been for the benefit of the people, but rather it has been allocated to oppress and harm the people. A recent clear example is the actions of the security forces during the APEC meeting.
Peaceful gatherings to protest are the right of the people and the security forces duty is to arrange matters for mutual convenience and protection. The duty of security forces is to prevent and deter violence for the safety of the all people involved. The people’s purpose was to submit a petition and increase understanding, but instead of acting to deter and prevent violence the armed security forces themselves became violent. We demand the government take all measures necessary to ensure justice. Justice includes dropping charges against the protesters. Authorities must issue a public apology and take full responsibility for treatment and recovery of Mr Payu Boonsophon plus compensation for him and all those injured in the incident.
The behavior of the security forces during the past eight years has become increasingly out of control and outside the law. The abuse of power has its roots in the military government that sanctions this by failing to restrain them, granting impunity and allocating more and more resources. It is often the women in the family left to care for those imprisoned or injured, pursue the truth for the disappeared and seek justice for those killed.
The Community WHRD Collective demands a People’s Constitution that ensures the reduction in the power and budget of the military. The government must invest in caring rather than killing. 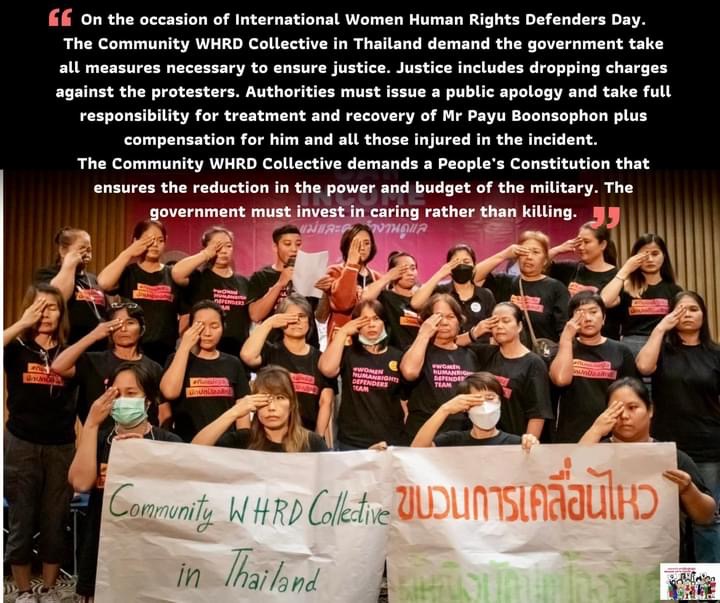 Dear Friends, We urgently ask your organisation/ group/ trade union to endorse this statement (below) supporting We Walk…Solidarity in Thailand and demanding that all charges against the peaceful walkers be immediately dropped. On 20/1/2018, 3 teams of 4 people, mostly women, began to separately walk from Bangkok to Khon Kaen, some 450 kilometres, a journey…

Dear friends, URGENT support needed to DROP CHARGES against EIGHT HUMAN RIGHTS DEFENDERS in Thailand Protection International in Thailand is appealing for our immediate action to support eight human rights defenders (HRD), two women and six men, who are being charged with breaching Article 12 which forbids “political gatherings of five or more persons”. The eight…

ACTION ALERT Thailand: defend We Walk Solidarity from repression Hundreds of people have started a 28-day walk from Bangkok to KhonKaen along the Friendship Road (Mitrparb) demanding the return of civil rights and public participation which were taken away three years ago by the military junta. Their peaceful march is facing repression. Act now to…

PRESS RELEASE:Thailand: call to defend We Walk Solidarity marchers from repression Hundreds of people have started a 28-day walk from Bangkok to KhonKaen along the Friendship Road (Mitrparb) demanding the return of civil rights and public participation which were taken away three years ago by the military junta. Their peaceful march is facing repression and…