Since the seizure of the London Myanmar embassy by the military, the UK Foreign, Commonwealth & Development Office has followed up with no further action. This is of great concern because it gives the impression of the UK’s recognition to the junta and continued insufficient action could embolden the junta to do the same in other Myanmar embassies around the world.

More urgently, the safety of Myanmar citizens in the UK, Ireland, Sweden and Denmark is in peril if forced to return to Myanmar once their passport/visas expire.

To help, please sign and share a petition to urge global leaders to take meaningful actions, send a personalized letter to your MP if you are a British national, and send a support form for Myanmar citizens whose passport/visas are about to expire. 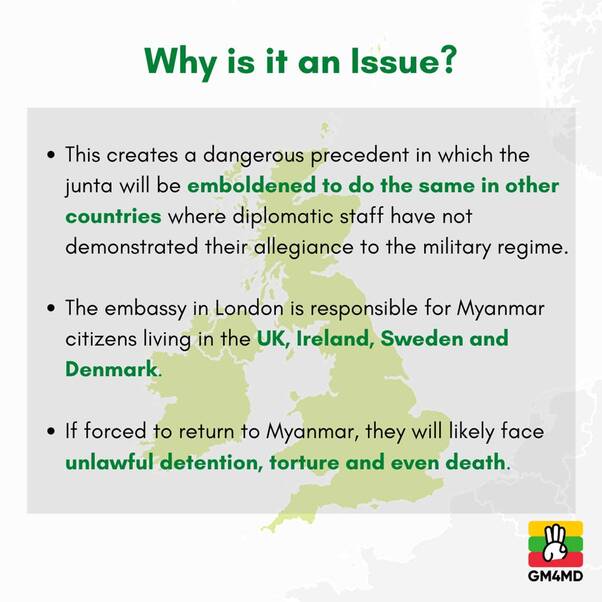 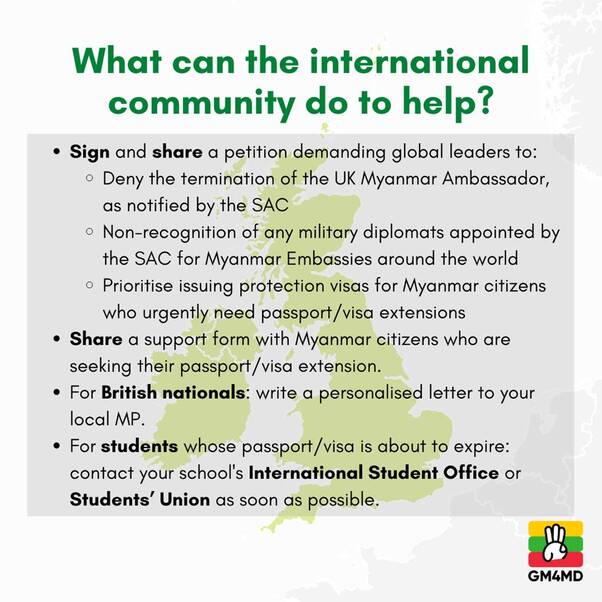