When you are ready to view the film How the Mangrove Nine Won:

Buy an extra ticket if you can afford it or donate here: Haiti Emergency Relief Fund http://www.haitiemergencyrelief.org/support-our-work/.

From the day of the BBC1 premiere of Steve McQueen’s ground-breaking Mangrove, watch compelling accounts of this historic trial by two of the protagonists: 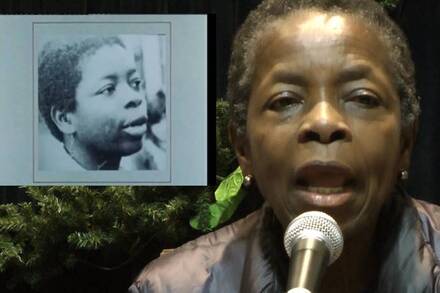 In 1970, two women and seven men, four of whom were members of the Black Panther Movement (UK), were charged with riot and incitement to riot, causing an affray, assault on police, and possession of offensive weapons. This followed a demonstration against police harassment of the Mangrove restaurant in Notting Hill – a community base. The defendants were found not guilty of all major charges and the judge admitted that the police had been racist – the first official acknowledgement of police racism in the UK.

Altheia Jones-LeCointe, who represented herself at trial, and Ian Macdonald, the lead barrister, describe how they organised their winning defence, inside and outside the court – the full public gallery, the community bulletins, the street demonstrations, including a women’s march. Their story is dynamite – powerful, inspiring, and at times delightfully funny.

Barbara Beese, the only other defendant still surviving, says of the film: “Altheia’s momentous contribution forensically links the oppression and struggles of black women and men in Britain with our sisters and brothers in Haiti, the Caribbean and Africa. Self-organisation and self-determination were the key, the foundation, for our winning the Mangrove Trial. And of course Ian, a radical and committed antiracist who, as my lawyer at the trial, unswervingly articulated and advocated against the racism inherent in our persecution and prosecution.”

How the Mangrove Nine Won is right on time as the Black Lives Matter movement reclaims the hidden history and victories of people of colour globally.

The defendants were inspired by studying The Black Jacobins, CLR James’ history of the revolution the slaves made to end slavery in Haiti in 1804. The showing of this film, like the original event, is a fundraiser for the continuing struggle of the Haitian movement to defend their Black republic. You can donate directly here: Haiti Emergency Relief Fund

How the Mangrove Nine Won, a film by Global Women’s Strike and Women of Colour GWS. Selma James (GWS), who, with Cristel Amiss, chaired the event, was LeCointe’s witness at the trial.